Been reading about Abraham lately.

Like so many of you, I’ve decided to read through the Bible yet again this year.

So, I’ve come to Abraham.

Can you even possibly imagine simply obeying God about this?

God asked Abraham to “Take his only son, whom he loves, and offer him as a sacrifice.”

Incredibly, the next passage simply states that “Abraham rose early the next morning” and basically began his journey.

That was the express purpose of this trip.

Notice any arguing with God?

Abraham did none of those things.

He had argued before about the destruction of Sodom a couple chapters earlier.

So, we know he dared to argue with God.

But somehow, he didn’t now.

To me, that shows how much Abraham trusted God.

God had told him his offspring would be multitudinous through Isaac.

Maybe he had a sneaking feeling God would intervene, due to that earlier promise.

Maybe he thought he’d have another son and name him Isaac, too.

He had witnessed miracles, including the birth of his son in his old age.

He regularly talked with God.

Therefore, he did not question God’s commands.

To sacrifice his only son, 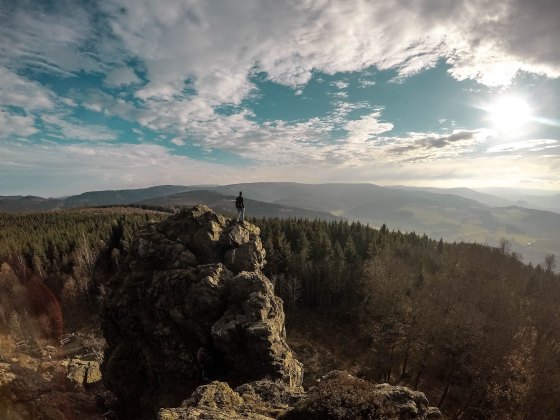 What would you have done?

Big or small, God is continually asking us to simply trust Him.

Trust Him and pass the test.

Because just like Abraham, God will show up when you do.

Photos by Matthias Tillen on Unsplash