I have a question.

Why would Eve believe Satan over God?

Back in the garden.

At the very beginning of life.

Satan asked Eve if God had really said they could eat from every tree in the garden, except one.

She relayed God’s message which included the warning not to eat from that special tree – or they would die.

You know the tree.

The tree of the knowledge of good and evil. 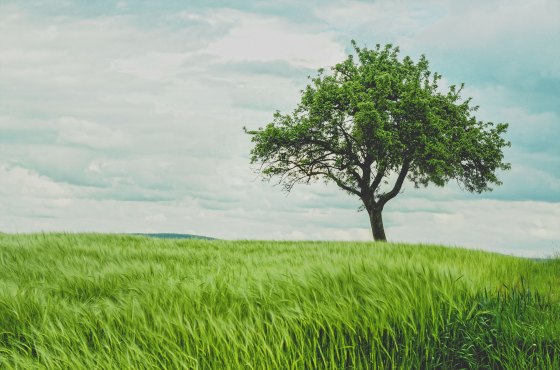 She told Satan God had said not to touch only that one tree.

But all the other trees were just fine!

Satan responded by merely stating the opposite of what God had said.

Satan declared Eve and Adam would not die.

In fact, he then proceeded to say they would become wise like God AND not die.

He played to her ego.

Who doesn’t want to be wise like God and know all things?

I know sometimes we act like we are that wise, but truth is, we are so not compared to Him!

Satan responded with a lie, which contradicted everything God had spoken over them.

God himself had spoken to Eve and Adam.

Literally spoken to them.

God regularly and literally spoke to them every day.

Yet, somehow, Eve immediately believed Satan when he questioned God.

When Satan turned the words of God around, upside down, and inside out,  Eve’s flesh demanded to be fed.

She instantly turned her back on her Creator and believed instead the pitiful snake.

I just wonder why.

We probably would have done the same thing.

Is it because she had wanted to eat from that tree and merely needed an excuse to do so?

Had she thought about it before and was looking for her opportunity?

Why would she question God?

What had He done to betray her trust?

God had provided Eve everything she could possibly need.

But that was not enough.

When you are certain of the path God wants you to travel, keep walking.

Don’t stop and listen to the one who wishes death on everything you have and are.

Don’t let him whisper lies into your head, turning you from God’s truth you know is correct.

Trust instead in the Lord to keep His promises.

What will you decide?